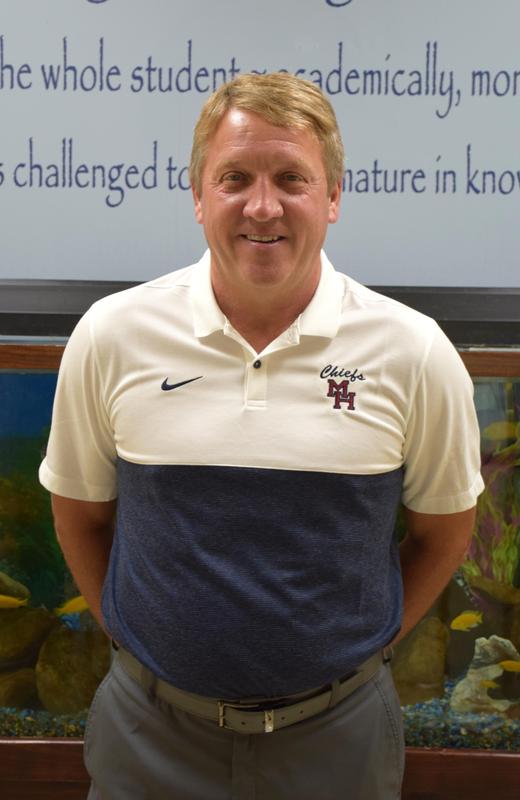 Magnolia Heights School is proud to welcome Don “Bubba” Skelton as the new Athletic Director and Boy’s Basketball Coach for the Chiefs. Skelton joins the MHS family with an impressive background including a five-time Region 23 and five-time MACJC Coach of the Year selection. In 20 seasons as a head coach at the junior college level, Skelton is 394-169 overall for an impressive .700 winning percentage.

Along with his years of experience as a head basketball coach, Skelton served as Director of Athletics at Northwest Mississippi Community College from 2014-18 where he supervised many facility upgrades including the construction of the Ranger football complex, renovation of the baseball field, and many other improvements to the athletic facilities. During these four years, Northwest had 188 academic ALL-MACJC and 118 NJCAA academic student athlete award winners. The ranger athletic/academic awards culminated with winning the Halbrook Award for the first time in school history. This most prestigious award is presented to the MS Community College with the highest percentage of graduating student athletes. Coach Skelton is joining MHS from serving as Athletic Coordinator for South Panola Schools since February of 2019.

A native of Leland, Skelton was a four-year letterman at Mississippi College and was an All-GSC Academic team selection in 1986 and 1987. Skelton is married to the former Tammie Pryor of Ellisville and they have one son, Trey, a 2015 graduate of MHS, and a former Northwest basketball player. He is currently a senior at Ole Miss.