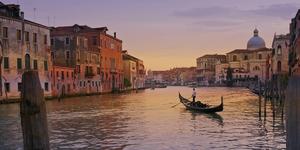 Students and parents are heading to Italy for Spring Break.
By Douglas Howard

Mrs D’layne Smith is taking a group of thirteen students and parents to Italy. The group is departing on March 8th, which is the start of Spring Break. They will be spending two nights at Camplus Rome. When they land in Rome, they will take a tour where they will visit the Roman Forum and Colosseum. They will also be participating in a gladiator experience and enjoy a pizza dinner. The next destination will be Florence where they will stay at President Pato for two nights. During the group’s first day of Florence, the group will tour Assisi and the Basilica of St. Francis. The second day in Florence they will see Piazza della Signoria, Ponte Vecchio, Basilica of Santa Croce, and Gates of Paradise. They will visit the Accademia Gallery and participate in a fresco art workshop. The group will be allowed to have time to explore Florence on their own before they Travel to Rome to take a cooking class. The third destination is the Villa Valente where the group will stay three nights. They will be taking a guided tour through the Vatican City where they will visit the Sistine Chapel and St. Peter’s Basilica. Also during their time in Rome, they will participate in a painting class, take a self-guided walking tour of Rome, and be able to explore on their own. On the self-guided tour, they will see the Trevi Fountain, Pantheon, Piazza Navona, and Spanish Steps. They will then spend their last night at the Villa Valente and then depart for home.

Mrs. D’layne Smith is the foreign language teacher at Magnolia Heights. She teaches Latin I & II as well as Spanish I & II. This will be her fifth time in Italy. She says she cannot wait to share this fabulous country with her group. Her favorite places to visit are the Sistene Chapel and the Vatican Museums. Her favorite activity is tasting the delicious food such as the true Italian pasta and gelato. She says that she visited the first ghetto in Italy in January and you cannot compare the city of art which is Florence to any other city!

We wish Mrs. D’layne and her wonderful group the best and safest time in Italy!